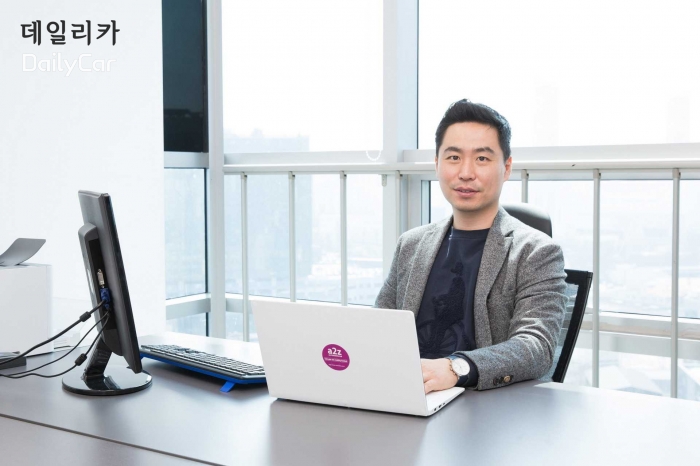 In an interview with Daily Car, Autonomous a2z CEO Han Ji-hyeong recently held at the Autonomous a2z office in Anyang, he said, “Next year, an autonomous driving car test car in the form of a box car will come out, and a pilot car will be put into service in 2025.” .

Autonomous a2z received permission to operate on public roads for 25 autonomous driving cars equipped with ‘a2z smart city solution’. This is the largest number of registered units in the country. Through these autonomous vehicles, the most autonomous driving demonstration distance (200,032 km) was achieved.

Autonomous a2z, established in 2018, is the first in Korea to create a paid service for autonomous driving and is conducting self-driving demonstration projects in areas such as Sejong, Gwangju, Ulsan, and Daegu.

CEO Han Ji-hyeong, a former Hyundai Motor Company, introduced the Nexo self-driving car that can run on highways to the public during the 2018 Pyeongchang Winter Olympics.

The following is a Q&A with CEO Han.

-Recently, Autonomous a2z's investment continues. If this trend continues, it seems to be on par with autonomous driving solution companies around the world. Please explain why the investment news is active.

= Autonomous mobility is not a problem that can be solved alone. In addition to making vehicle shells, V2X (vehicle-to-object communication) must also be done, and security issues must also be addressed. In particular, in case the autonomous vehicle goes to a new area, pre-tuning verification should also be performed. So we are continuing our cooperation with Kakao, KT, and MORAI (autonomous driving simulation company).

= We have no intention of selling autonomous driving cars directly to the general public. This tea will be sold to various companies such as Kakao, Market Kurly, and Coupang. It will make the public feel, “This is some kind of corporate vehicle.” Autonomous driving cars tailored to the welfare routes operated by each local government can be deployed. The goal is to help customers improve the safety and quality of life of autonomous driving technology through this service.

= It will be a micro-delivery platform electric vehicle (Project S) and a medium-sized shuttle platform electric vehicle (Project M). In the case of a medium-sized platform, it is the size of Hyundai Motor's MPV SOLATI. It plans to build a production plant in Korea, and will use domestic parts through sourcing from Hyundai Motor's suppliers. This is because safety and certification issues must be considered. If we sell autonomous driving cars, our first customer will be a municipal bus transportation company.

- Will Autonomous a2z become a car maker in the future?

= It must be so. The initial goal of our company is to mass-produce autonomous vehicles. In fact, in terms of cost, autonomous vehicle software and hardware must first become one body. Simply selling autonomous driving car software elsewhere is not going to make a profit. Most of the competitors are from IT companies. For this reason, parts makers are often hesitant to collaborate on autonomous vehicles. However, we already have know-how in the automobile development process, as many of us are from automakers.

- What is the current number of employees at Autonomous a2z?

= Currently, the number has increased to 100.

-About three years ago, an autonomous driving car based on a micro electric vehicle was introduced at the Korea Electronics Show. At that time, lidar sensors for autonomous driving were mounted on the side mirrors. Now that it's 2022, I'm curious about what kind of technological development has taken place over the past three or four years.

= The system was upgraded by attaching sensors and lidar. As a result of the system upgrade, it is now possible to set 4 lidars, 1 radar, and 6 cameras per vehicle. Vehicles equipped with this sensor specification were demonstrated in 10 cities across the country.

-Can fully autonomous driving be realized only with enhanced sensors?

= In terms of unmanned autonomous vehicles, you cannot only see the vehicle's sensor standards. This is because there are too many weather or external environmental factors. V2X is the answer. In the meantime, there are businesses in Daegu City, Sejong City, and Anyang City. We will provide pilot services in the area, such as building external communication facilities for autonomous driving. Separately, an autonomous driving shuttle station was also built.

- How to deal with an unforeseen situation with an autonomous vehicle?

= The best thing to do is shut down. It is necessary to stop the car in case of a dangerous situation. But we have remote driving technology. All you need is a single remote driving cockpit that can control 30 autonomous buses. I think this is the most important condition to avoid unexpected situations.

-Is it easy to implement fully autonomous driving technology using only the camera?

Please tell us about the future plans of Autonomous a2z